I am on my way back to the Sierra Almijara and Tejeda, to the east of Málaga and inland from Nerja. I am honouring a long-standing commitment to guide some walkers from the wonderful Hotel Finca el Cerrillo, near Canillas de Albaida.

You can see information about the hotel at www.hotelfinca.com. This is a special place, owned by Sue and Gordon, an English couple who converted a disused olive mill to turn it into a private hotel, with a beautiful Mediterranean garden in the foothills of the mountains and looking down towards the sea.

I just returned home from a few days in the Picos. Temperatures in much of Spain reached well over 40 degrees (almost 47 in the shade in Granada) but, as always, the heat in the Picos was more temperate. Even so, we made an ascent of the Canal de Trea in almost 30 degrees, and in full sunshine. It was a brilliant but exhausting day. The refreshments, dinner and sleep at the Vega de Ario refuge were more than welcome.

Following such a cold winter there was an unusual amount of snow on the ground at high levels, making some of the traverses difficult or impossible. The Atlantic weather systems make this area’s conditions unpredictable. But there is plenty of great walking without doing the most challenging routes in snow.

I spent a few hours double-checking routes from my Picos de Europa book, because things can constantly change. I built a few new cairns on the route to Tresviso from Sotres, to make the vague path a little easier to find. And I went to Pandebano to look again at the route up to Pena Castil, where I met a strong Spanish walker descending at an early hour out of the mist. I guess he mustn’t have been able to sleep, to be coming down by 10 am! 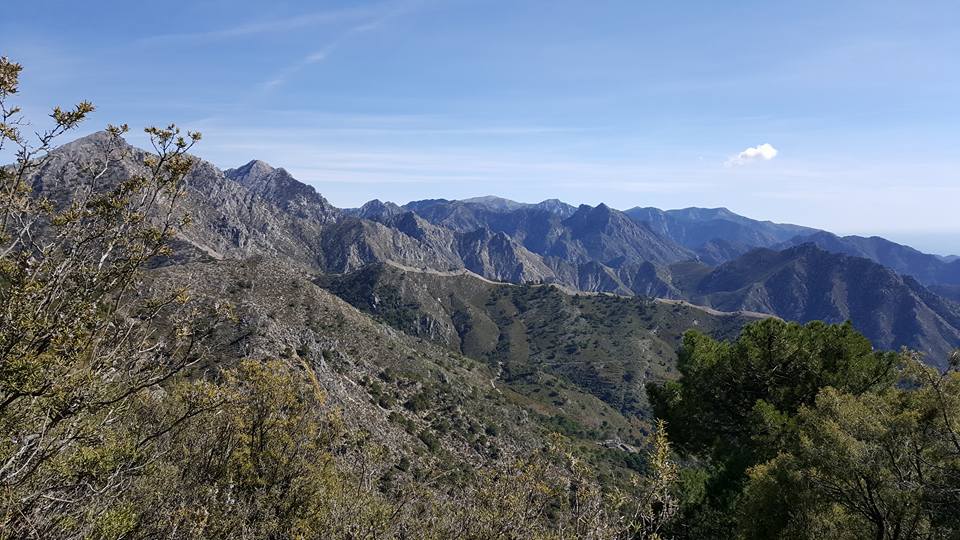 I will be returning to the Picos de Europa and to the Sierra de Guadarrama in the autumn, and then I will go south, to lead some walking groups in the Sierra Almijara from the Hotel Finca el Cerrillo. You can see the Finca on www.hotelfinca.com.

In January I will be back at the Finca to lead a group over “Reyes”, the feast of the three kings (which is, in a manner of speaking, Spanish Christmas).

Normally, each year my wife and I take care of the Hotel Finca whilst the owners take a well-earned break. They organise walking holidays all year except in the heat of high summer and it is a special place to stay for walking or for anything else. We expect to be there sometime in the early part of 2019.