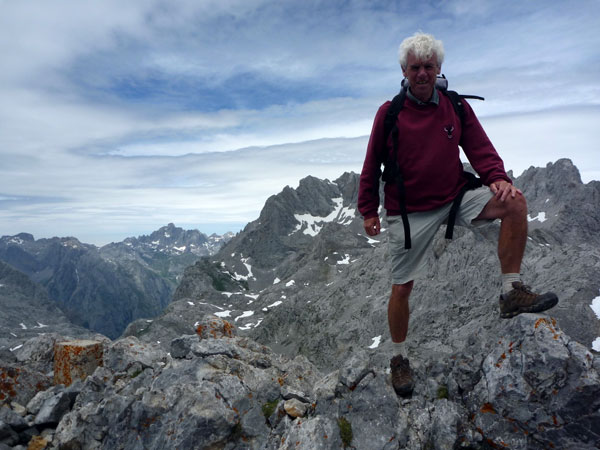 My name is Phil Lawler. I am a hill-walker from Yorkshire. My job took me to live in Madrid and I have worked in most big Spanish cities. I also lived in a hill village in Andalucia. I speak fluent Spanish, and I know the country well, with its varied landscapes, cultures and cuisine. I spent several years organising and guiding group walking tours in different parts of the country.

Now retired, I still walk the Spanish mountains, all over the country but principally in the Picos de Europa, the Pyrenees, the Guadarrama, Cazorla and the Sierra Almijara.

In the Sierra Almijara nowadays there is a network of great footpaths. With friends back in the 90s I physically cleared some of the old mule trails through the mountains. Many had been overgrown since the Civil War. There were no maps of these routes, and although mapping has improved many of the paths are still not shown. In those days we never met another walker, but nowadays this has become a popular walking area, with spectacular routes in a benign climate.

In recent years I have walked in the Dales, the Lakes, Scotland, the USA, Austria, Poland and Slovakia, but so far I have seen nothing to beat the fantastic Spanish mountains.